Har-ki-Dun situated at an elevation of 3566 meters is surrounded by glittering peaks and dense forests. The forests are rich in wild life and are a veritable paradise for bird-watchers and nature lovers.
This trek provides enjoyment for all age groups as the trek is not too tough, and valley is full of flora and fauna. One can spend tim identifying herbs & shrubs used for Ayurveda. Photography is an activity that will leave an indelible mark on the visitor’s memory, as there are a large variety of birds ∧ mountains to be clicked. This is a holy place (as the name suggests) Hari – meaning God and Dun meaning Valley and according to the local folklore, where fairies congregate! In our religious scriptures (Granth), it is mentioned that Pandavs went to heaven (Swarg) through this mountain. Duryodhan is worshipped as a God by a few community here, and one can get to see the Duryodhan Temple. Within the valley one can find Trees of Bhojpatra, the rare Bramhakamal, and many varieties of fauna. The area also acts as a base for approaching Swargarohini (alt: 6400.8 metres) Swargarohini and Jaundar Glacier located towards the south-east of Har-ki-dun. Towards west one can see the Bandar Punch mountain.
People depend on farming Rice, Rajma, and Potatoes for their survival here! They construct very beautiful double storied houses using Cider wood rafters, stones and mud, often decorating the doorways with intricate wood carvings- depicting tales from the Mahabharata! One might find many locals sitting around the Hukka pipe usually in the early evenings, as this is a way of the local men to socialize and entertain themselves after a hard day at work! Apart from selling the local produce, tourism is fast becoming a source of livelihood for these hill folk!

Arrival at Dehardun railway station and transfer to Mussoorie- fresh N up and start drive to reach sankri, on the wat visitn Kempty falls, finally descending into the Tons river valley, crossing towns such as Sankri, Purola and Mori. Sankri is the last village connected to the motor road. This picturesque village is about 13 KM inside the Govind Wild Life Sanctuary (Netwair is the place where the check post is located). Sankri is a base camp 0f Har-ki-dun trek (3566m) with the Swargarohini Peak(6096m) towering above it in the backdrop. Stay at Tents or Guest House.

After Breakfast we will start the trek from Sankri and passes through dense forest with breathtaking views of the valley with river Rupin. Taluka, a small hamlet nestled in the lap of nature, is also known for its beautiful "Pahari cottages" made out of an intricate wood , stone and mud ensemble - a must see, as it is considered earthquake proof, and contains the animal sheds on the ground floor, utilizing their body heat to warm the living area located directly above ! The village is located at an altitude of 1900 Mts, and has guest houses and a few shack shops providing daily provisions to the local inhabitants. The campsite on this day is by the river banks of the Supin. Stay at Tents or Guest House.

At Morning after camp breakfast capture pics in your cameras and start trek to reach (13km) Taluka village along with the river Rupin. Later the trail winds upwards through beautiful forest full of Chestnut, Walnut and Willow trees, and continues to the village of Gangar, reach osla .Stay at Tents or Guest House.

After breakfast Start trek to reach Har ki Doon Via Seema Village (small village with few shops). The gradual ascent to Har ki dun offers excellent views of the snow covered mountains and lush green terraced mountain fields. The last steep climb of 200 m gets one to the famed meadows of Har ki Dun with the west face of Swargrohini overlooking the valley. Reach Har Ki Doon The campsite is located by a small stream, enjoy view of Har Ki Dun and Swargarohini peaks . Stay at Tents / Camps.

At morning relaxation and explore the beauty of Har ki doon Valley . you can explore Morinda lake in the first half of the day. One can see Kala nag, Bandar poonch, Ruinsara peaks and the majestic Swargarohini . enjoy sometimetime with nature The huge and picturesque valley is flanked by massive mountains on three sides, and the valley floor is covered in soft grassy patches..Stay at Tents.

The trek back to the village of Osla is an easy walk which gives a lot of opportunity to admire and photograph the beauty of the valley and the villages. The trek to Osla takes around 3-4 hrs. Stay at Tents.

The walk towards Taluka village is equally easy as the previous day. Absorb the natural beauty while taking the relaxing descent down thebreathtaking valley! Stay at Tents or Guest House.

The trek for the day is relaxing and fun walk through the forest and on the well marked path. On arriving Sankri bid farewell to ponies/ porters. Board the vehicle and start driving towards Dehradun, Reach Dehardun at Evening and take train to reach New Delhi . 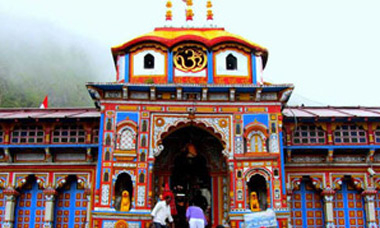 Charm Dham, the four holy abodes, are believed to be the abodes of Hindu gods 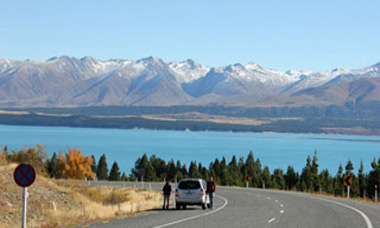 If a short and sweet weekend getaway is what you are looking for, we provide you 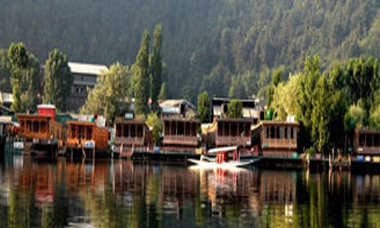 A honeymoon is the ideal way to start the life together and is the time for the newly weds.